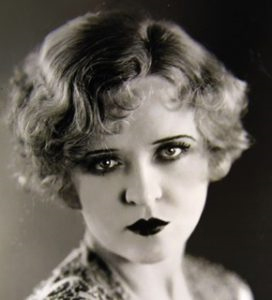 Eyelash extensions that fit as a fashionable practice today know a special history. One would not guess, but it dates back to a distant date although at the time, the techniques used were still far from those that are used today.

Here we tell you the story of eyelash extensions :

Eyelash Extensions, a practice that dates back to the nineteenth century.

Lengthening our eyelashes has long been considered an aesthetic practice aimed at improving the appearance of our look through our eyes. Many books dating back to the 19th century testify to this perception of eyelash extension.

We then came to advocate the cutting of the hairs that form our eyelashes and this, in order to promote a longer and denser regrowth. The growth of eyelashes has been the subject of many obsessions. There was a time when special products such as ointments or lotions to grow eyelashes were offered.

French press clippings have also revealed that in 1882, the women of the country began to sew hairs at the level of their eyelids. False eyelashes were therefore an integral part of the beauty products of the time.

Eyelash Extensions, an evolution in the twentieth century.

The first real method of weaving false eyelashes appeared in 1902 and comes to us from the British hairdresser Karl Nessler. The latter also took care to patent his technique which allowed him to market his products in his salon and this, from 1903.

The United States followed in 1911 through Anna Taylor who also obtained her patent for false eyelashes.

Eyelash extensions only became commonplace much later when stars like Seena Owen began wearing false eyelashes to correct the intensity of their watching on TV.

On the occasion of the film "intolerance" that she will have shot under the direction of D. W. Griffith, the latter made her lay false eyelashes in woven human hair. It is then 1916.

The popularization of eyelash extensions was effective only in the 30s and was done in parallel with the improvement of the rendering of false eyelashes thanks to new choices of raw materials, but also to the improvement of laying techniques.

The raw materials of false eyelashes diversify to give the most natural result possible. Wearing such accessories also becomes more comfortable, as the hairs become lighter.

It is not surprising that eyelash extension methods will be further refined in the years to come.