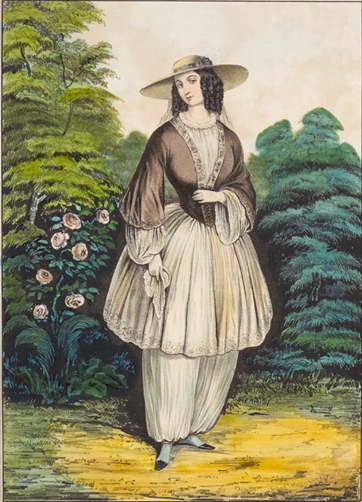 An employee of the Post Office, Amelia Bloomer edited The Lily, a magazine devoted primarily to temperance, but widely opened its columns to women's rights activists such as Elizabeth Cady Stanton.

Amelia Bloomer became famous for her struggle for dress reform, defending an "ensemble consisting of a short skirt over trousers in the Turkish style" that was to allow an ease of movement that did not offer the long dresses of the time. These puffy panties, which took the name "bloomers", were widely described and mocked by the Society of his time who denounced their inconvenience but found their use from the years 1890-1900, especially in the practice of cycling.