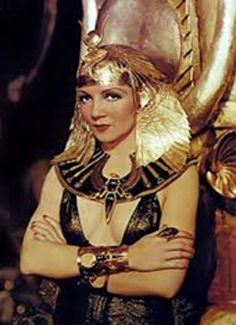 Archaeological studies have revealed that the first use of lipstick took place about 5,000 years ago in Mesopotamia. It is said that women grinded semi-precious stones and mixed wax into them to create an ultra-bright color.

It is also known that this beauty product was part of the rituals of Queen Cleopatra in ancient Egypt. 7,000 ladybugs were crushed to create a Carmine powder that gave a vibrant red tint to her lips. And to get the shine ? Fish scales.

Until the 19th century, Lip Blush was in creamy or liquid form, distributed in a vial or jar and applied with a finger or brush.

The fashion was to lipstick based on veal marrow, cucumber ointment and Virgin wax.

During the First World War, men were under the bombs and women were emancipated. They drive, smoke and paint their mouths red. A gesture full of innuendo, a ban until now only dared by actresses, prostitutes and demi-mundanes.

For suffragettes from New York or London, who demonstrated for the right to vote, lipstick is a sign of independence for some women and provocation for others.

In 1930, Elizabeth Arden was the first to offer Reds of different colors. After the Second World War, the pin-up phenomenon and Hollywood icons ended up popularizing the wearing of lipstick. In particular, we were able to count on Marilyn Monroe, who hoisted him to the top of glam.

After dressing the women, Christian Dior wanted to dress their smile. In 1953, he created a lipstick inspired by his own fabrics.

We owe the lipstick as we know it today at maison Guerlain.

The chemist Paul Baudecroux, is the origin of the indelible lipstick with long-lasting hold. Red that was created in 1927 ! If its composition based on Orchid extracts nourishes and softens the lips, it is thanks to its authentic shade that kiss Red will become mythical when Hollywood actress Audrey Hepburn claims it is her fetish cosmetic.